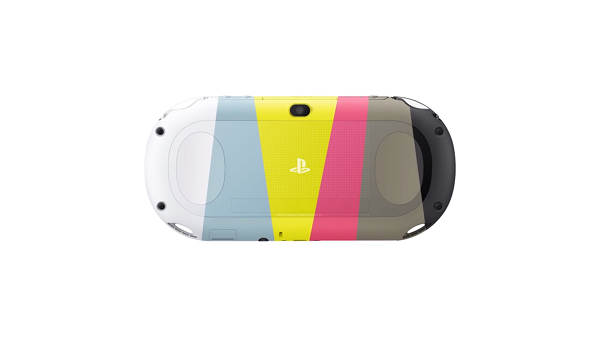 Sony has recently announced the new, slimmer PS Vita model (available in 6 colors) and the showstopping PS Vita TV at an extremely tempting price point. Are these gadgets plausible or passable?

The PS Vita has been selling rather poorly causing Sony to search tirelessly for ways to get people off their iPhones and 3DS’s and into stores to purchase them. The $200 buy-in plus the expense of memory cards appear to be too much of an investment despite the PS Vita’s greater power, OLED touch screen, rear touch pad and gorgeous design. Its lack of system selling games and initial price point are most likely the causes of gamers’ lack of enthusiasm for the hobbled handheld. Nothing a new coat of paint can’t fix, right? Well, to be fair there’s more to the new model than just that. Apparently, it will also be 20% thinner and 15% lighter than the original model. The new model will also have an LCD screen (see differences between OLED and LCD here), built-in memory (1 GB) and have an hour longer of battery life. Will this model be seen outside of Japan? Most likely. Will this model substantially strengthen Sony’s presence in the handheld market? Most likely not. Unless it’s bundled with a Pokemon game and it’s safe to assume that won’t ever happen.

Don’t be fooled by the close-up. The PS Vita TV is super small, super slim and, above all, super surprising. The PS Vita TV will be an entertainment device that hooks up to your television and played with a dualshock 3 controller. According to this Wired article, there will be approximately 1,300 games that will be playable when PS Vita TV launches as you will be able to play select PS Vita games (games that don’t use features like the touch screen), and PSOne and PSP games that are available via PSN through the device. Additionally, the PS Vita TV will be used to stream things like Hulu. Sony has also stated that the device will also be able to stream PS4 games at a later date. The best thing about this tiny rectangle? It’s only about $100 (not including the controller).

So, does this mean that the PS Vita TV makes Sony the leader in entertainment and video game systems with this device? It may very well be. I definitely want one and at only $100 it seems very hard to resist.

So, what are my impressions? Quite simply, I’m impressed. The new model of the PS Vita is attractive and I’ve been looking for a reason to purchase a Vita, but I’m not sure I’ll be compelled to purchase one once they come out. (But, who knows! That bright yellow vita might be calling my name!)  The PS Vita TV, on the other hand, is something I’m certainly interested in.

What do you think of the new PS Vita model and the PS Vita TV? Tell me in the comments or tweet @gamebloggirl!