How ‘Child of Light’ Will Save JRPGs 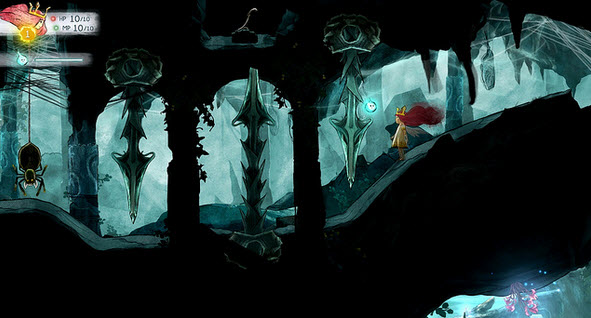 Child of Light was immediately recognized as something special by gamers and developers alike. It’s an indie title with a team of approximately thirty people, but this project was not a successful Kickstarter project; Child of Light is Ubisoft’s new IP. What’s more, the creative director of blockbuster AAA games such as Assassin’s Creed: Brotherhood and FarCry 3 is at the helm. Despite Child of Light being produced by a AAA studio, we are not seeing familiar video game tropes. Child of Light is delicate, refined, subdued; it possesses femininity without forfeiting its strength.

As you can see from the trailer, Child of Light features turned-based combat that the creative director, Patrick Plourde, describes as similar to Final Fantasy VI. Nothing revolutionary about that in itself. Child of Light is everything old school JRPGs wanted to be without the graphical limitations. Utilizing the Ubi-art framework, Child of Light essentially allows you to play the ambitious concept art of old SquareSoft games.

It is readily apparent that Child of Light is not simply a re-imagining of Plourde’s favorite JPRGs, even though he derives much from them. Plourde doesn’t simply imitate the JRPG, he creates his own aberration. He states in this video, his inspiration from fairy tales and how fairy tales often deal with the passage into adulthood. This is reflected in Child of Light in both the art style and the game’s mechanics. For example, as the character’s stats grow, the character grows physically and mentally, as well.

How will this change the genre? Well, if Child of Light is as magical and sophisticated as the trailer lets on (and gamers pick up this title) then developers will know that the genre is profitable. They’ll know that gamers are interested in high-quality JRPGs and that a gigantic budget is not necessarily needed to create a high-quality JRPG. Ubisoft could prove that a low budget JRPG could be successful, which could be huge.

What do you think of Child of Light? What about the JRPG genre? Tell me in the comments or tweet @gamebloggirl!