Trailers, rumors and opinion — oh my! Read my roundup for news and opinion regarding Mirror’s Edge Catalyst, Doom and Mother 3!

We finally got a taste of Mirror’s Edge Catalyst story earlier today when EA released a trailer revealing a rather dramatic (and beautiful-looking) trailer. The trailer title ‘I Am Faith’ belies its content. The trailer seemed to be mostly comprised of people yelling (very theatrically) at Faith. I enjoyed the humor and sardonic wit of Faith in the original Mirror’s Edge, and I’m not quite feeling the easily-interrupted and frequently-insulted version of Faith presented in this trailer. But, hopefully, we’ll see Faith transform into the awesome ass-kicking character she was at the beginning of the first game. Isn’t that what good storytelling is about?

And, as an aside, I for one, hope that the cute animated cutscenes of Mirror’s Edge were not done away with entirely. Additionally, the closed beta was announced today, and you can sign up here. You’ll need an EA account and a love for first-person platforming to register.

Speaking of first person games, Mirror’s Edge was not the only game trailer released today. Bethesda Softworks released a new campaign trailer for Doom. I’m thinking this trailer was a dare. “I dare you to make the most gruesome, violent trailer imaginable. While somehow retaining something oddly comedic,” Someone must have said to Bethesda. To which they responded with this trailer. Don’t get me wrong, I love Doom. But this trailer is almost parodying itself. But, jest as I might, the trailer is effective. I’m excited as ever for the alien-slaying simulator. 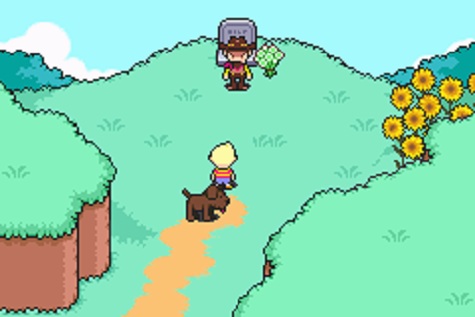 In weirder news, Mother 3, the final game in the intensely odd EarthBound series, may finally reach the West. Rumors have been circulating for some time about the possible localization and release of the third installment of the cult classic series. The rumor mill has swelled (and finally burst) with a tweet from a prominent Nintendo rumor monger, Emily Rogers.

“Don’t be surprised if Nintendo celebrates a game’s 10th anniversary this year,” Emily Rogers shared along with a screen capture of Mother. Her twitter account has since been deleted.

(Now that Mother 3 has been more or less confirmed by Emily Rogers and Eurogamer I should probably get around to playing the first two EarthBound games! Yikes. I’m a little late to get on this train, aren’t I?)

So there you have it, a neatly organized roundup of news and opinion. Mirror’s Edge Catalyst, Doom and Mother 3. An unlikely bunch strung together for your reading entertainment.

Are you excited for Mirror’s Edge, Doom or Mother 3? Tell me in the comments!