Pony Island Is The Best Horror Comedy Game Ever Made

Pony Island is not about ponies. Pony Island is about demons; demons that want you to play a 2D side-scrolling game about jumping unicorns that have tickle battles with butterflies for —  forever! There is no escape. Hell is an unwinnable, inescapable arcade game. And you’re living it. It’s your job to hack into this digital netherworld and destroy its core files or it’s game over — for your soul!

Games To Play This Halloween: Sir, You Are Being Hunted 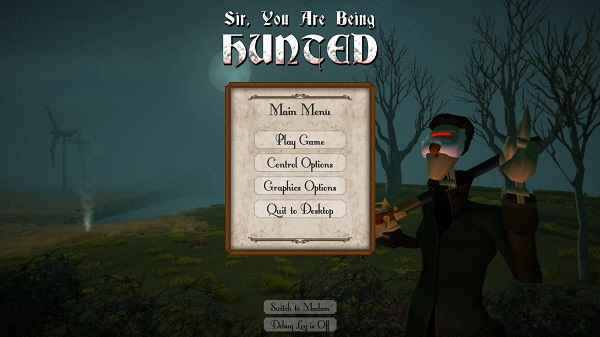 Sir or Madam, please take a moment out of your undoubtedly busy Halloween schedule to try one of the most surprisingly entertaining indie games of the year. While Sir, You Are Being Hunted is not as frightening as video games such as Fatal Frame or Outlast it is certainly worth your valuable (Halloween) time.