5 Reasons a Female Link Would Be Awesome 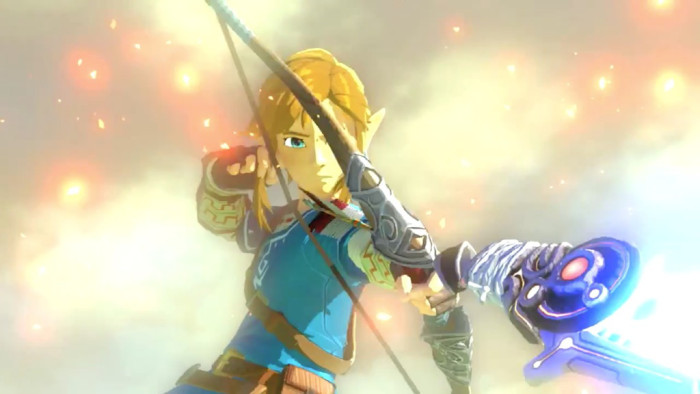 Also, the game is purportedly open-world. Open what, you might exclaim.  Yep, you read correctly. A beautifully-rendered watercolor world that’s completely free to explore in a Zelda title. That’s pretty amazing.

The sneak peek of the new Legend of Zelda game that Nintendo’s Digital Event gave us sparked something unexpected as well. The character featured in the snippet of gameplay looks undeniably feminine. Is it Link? Is Link female? Is Link even a girl’s name? (Admittedly, the last question has only been asked by me.)

I was surprised to find a strong negative reaction to the possibility of a female Link from Legend of Zelda fans. I can understand diehard fans resisting alterations to beloved characters. But c’mooon. There’s at least five reasons a female Link would be awesome. Read on to find out what they are.

If you haven’t already, take a quick look at the E3 trailer. According to Aonuma, the graphics are in-game. If he’s to be trusted (I personally can’t trust a man with that many vowels in his name) then the game is visually impressive. Anyway, take a moment to gawk all over this trailer.

Okay, now that you’ve looked at a bunch of beautiful images, let’s get to the reasons (in no particular order) a female link would be awesome.

1.) The franchise needs a breath of fresh air

A gimmick is a gimmick. They don’t age well. But switching the Link’s gender would be more than a gimmick. It’d be something truly new. And while I’ve always been a fan of the series, there has been a serious lack of “newness.” I mean, Zelda still doesn’t have voice acting. Maybe with a female protagonist the game could actually be voiced. Think about it: without preconceived notions about Link (like what Link should sound like), the game could feel like something unique.  I, like the rest of the internet, loved Ocarina of Time, but the Zelda franchise as a whole has to stop living in its shadow. Change is good. Change keeps things interesting. 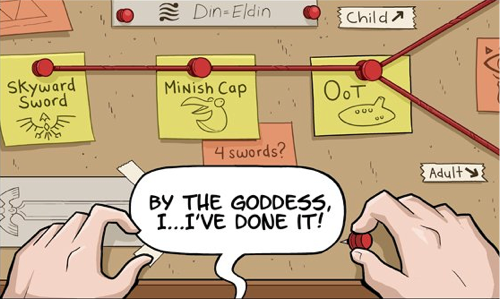 I have to be straightforward with you: I know next to nothing about Zelda’s timeline (really nothing other than I know it exists). What could this mean for the timeline? The hero doesn’t always have to be male. What else could the hero be? How are the heroes really connected if not by gender, creed or age? Like I said, I don’t know much about the timeline, but I think switching up the timeline could introduce new and interesting questions about it.

I don’t have to play as my own gender to feel included. Still, I’m aware of how underrepresented women are in video games. If there is an option to play as a female in a video game, I always opt for it. I mean I really don’t mind if the main character in a video game is male.  I have to say, I do get tired of the same white, mid-thirties, dark-haired protagonist (thankfully Link does not fit that) so any change is appreciated on some level. 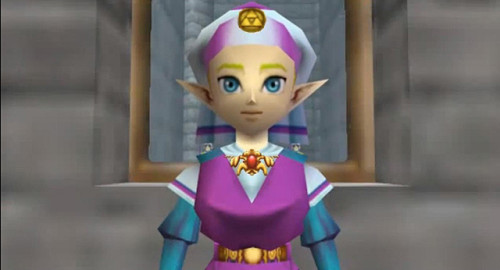 4.) Link and Princess Zelda could be the same person

If Link is female then the twist of the Zelda Wii U title could be that Link is the Princess. Of course in that version, Link/Zelda wouldn’t save herself…? I’m sorry I confused myself with my own strange theory. Or maybe she could save herself but it’d be in a Bioshock Infinite way. I’m just spitballing here. You get the point.

It’s preposterous but it is sort of awesome if you don’t think about it too long.

5.) Another character for Super Smash Bros.

Female Link could totally be an awesome (I don’t think I’ve said this word enough yet) Super Smash Bros. character.

I just solved all of Nintendo’s problems with that gem.

What do you think about a female Link? Do you care? Tell me in the comments!