Why I’m Giving ‘Beyond: Two Souls’ A Chance 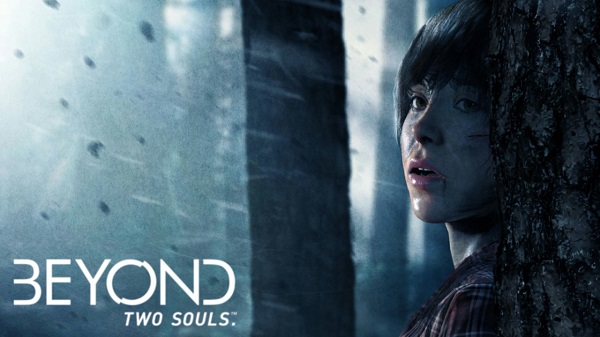 I recently pre-ordered a copy of Beyond: Two Souls at my local GameStop after playing a surprisingly entertaining demo of the game a day earlier. What was I met with? A saddened GameStop sales associate who informed me that there would be no midnight event for Beyond as it has not generated enough interest. Unfortunately, I expected that to some extent. I’ve read innumerable articles about the distaste for Beyond‘s lack of meaningful gameplay. I, too, was afraid that Beyond would be a quasi-interactive film and not a real video game. Then it struck me: Beyond will be fun regardless.

Let me first admit something to you: I loved Heavy Rain. My boyfriend and I still quote its wacky dialogue. Was it a wonderful video game that should be emulated? Well, not necessarily. It’s more of a Miami Connection than a 36 Chambers of Shaolin. Or it’s more of a 36 Chambers of Shaolin than a Fist of Fury. Anyways, you get the point. The game is just plain goofy. There’s no other word to describe it. That’s not the reason to purchase it of course. It’s the fact that Heavy Rain is an incredibly entertaining experience. Which is extraordinarily difficult task in itself. While there is truth to the claim that Heavy Rain is pretty much just a series of quick time events, it is still a blast to play.

After playing the demo, I’m certain that the game will be even more entertaining than Heavy Rain. Quantic Dream has done away with QTEs, which is really quite nice of them since we have all grown tired of those. The game also looks amazing. All of those silly mo-cap suits seem to have paid off.

Beyond: Two Souls will deliver on the fun front, but that’s not exactly the reason I decided to pre-order (and thus support the game). I really like that Quantic Dream is trying to do something different with video games. They really are trying to do something that has not been done before. I can’t not support that. Even if it turns out to be a failed experiment, I’ll be glad I participated.

What do you think of Beyond: Two Souls? Is it worth your time and money? Tell me in the comments or tweet @gamebloggirl!