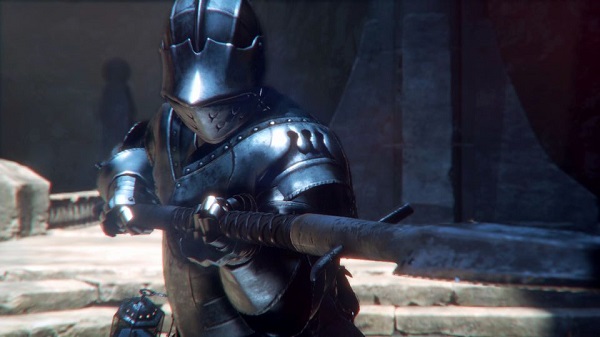 Deep Down is one of the most exciting games we’ve seen from TGS thus far. (I mean, look at those particle effects!) But, what is it? Apparently, it’s an online dungeon crawler set in futuristic New York. Wait, what?

Yes, you read correctly. Deep Down is set in New York in the year 2094. So, it’s the fin-du-siecle and in lieu of the Y2k problem there are actual monsters running around? Well, not exactly. Apparently, you play as a member of a group of time travelers, who use their time traveling abilities to…solve a mystery? Something like that. (This game is the real mystery.) Additionally, according to IGN’s Keza MacDonald, Deep Down plays more like a “classic dungeon crawler than an action-RPG.” Somehow, the more I hear about this game the more confounding I find it.

Here are some more details about the game provided by Yoshinori Ono (this summary comes from this DualShockers article):

While Deep Down has definitely piqued my interest there still aren’t very many details available.  The multiplayer aspect seems like the most interesting feature, and if it’s executed properly it could mean that Deep Down could be some serious fun. But, we’ll have to wait and see if Deep Down can meld its ostensibly discordant elements into an enjoyable game.

UPDATE:  President of Worldwide Studios of Sony Computer Entertainment, Shuhei Yoshida, confirmed via Twitter that Deep Down will be a Free-to-Play game on the PS4.

Capcom just announced that “deep down” will be a f2p game on PS4, planning open Beta near the launch of PS4 in Japan. @Yoshi_OnoChin

This adds to my interest and confusion. I will most certainly be checking this game out.

What do you think about Deep Down based on what you’ve seen thus far? Tell me in the comments or tweet @gamebloggirl!