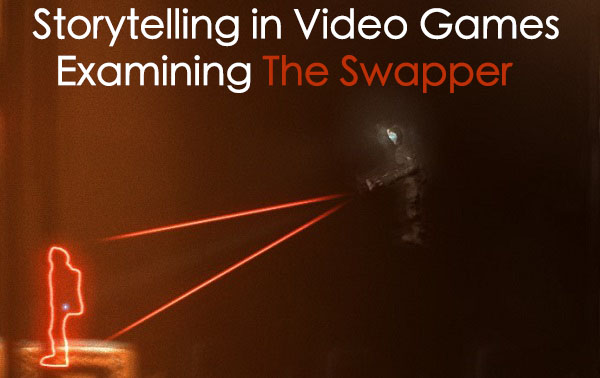 The Swapper, the indie platformer in which you use clones of yourself and swap bodies with said clones to solve manifold puzzles, is an eerie sci-fi adventure that examines consciousness and its consequences. Just imagine 2001: A Space Odyssey meets Portal meets Super Mario. Confused? Read on!

Quite honestly, I find The Swapper to be flawed in terms of the gameplay and I even began to grow tired of the puzzles towards the game’s close, which was surprising to me since I found the idea (i.e. creating clones and subsequently switching bodies with them) to be so novel. In the end, I think the actual game leaves something to be desired. Why did I end up finishing the game? I found the story and visual style to be captivating enough to see this journey through. (Also, possible spoilers below!)

Many of us have wondered what it would be like to be able to create clones of human beings. What about switching bodies with clones? What does “switching bodies” even mean? A character describes the swapper device (as the name implies it is the device you use to switch between clones) as something that enables humans to “switch souls about.” Later in the game, another character posits if no soul exists, then the swapper device could be more sinister than some simple consciousness transfer device (if it is even possible for something like that to be simple). What’s more, in the game you must “absorb” or purposefully kill your clones in order to solve certain puzzles. Meaning the original character is eventually absorbed or killed and indubitably you lose count of how many iterations away from the original you are. So, are you still really you?

The game also suggests that the swapper device can merge individuals into a single consciousness. If you were to use the device on another (non-clone) you would become two discrete minds living inside a single body (or possibly a new single, melded mind). If the clones have any sort of consciousness that differs from the original you, then it may be that you are a new version of  yourself resulted from the merging of slightly different versions of your clones. The Swapper never explicitly tells you the answers, instead it opts to leave you with the questions, which is infinitely more enjoyable. 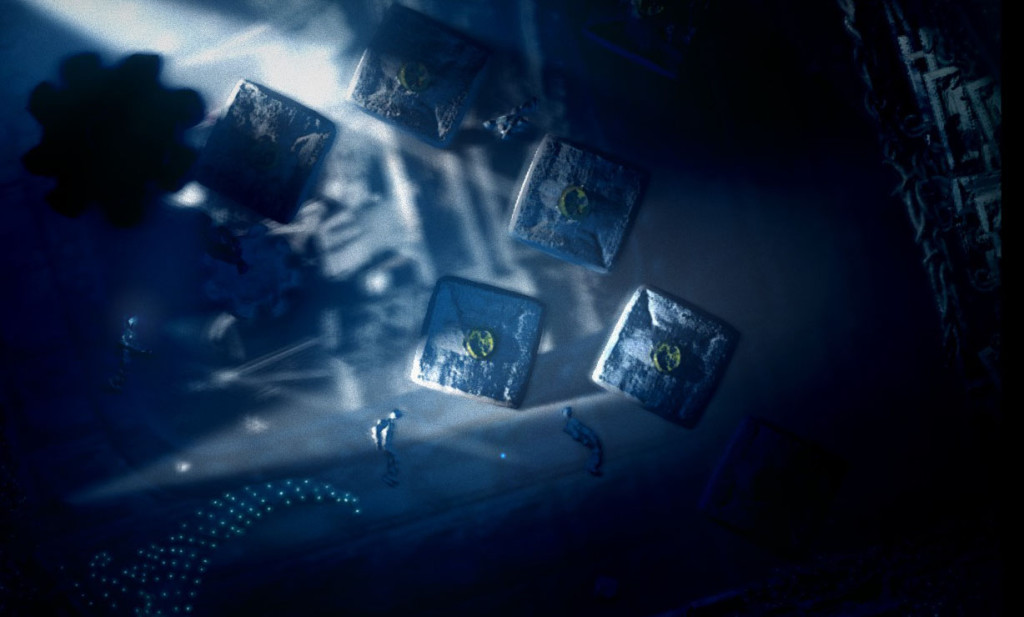 What’s even more enjoyable about The Swapper its strange attractiveness: its simultaneously lush and barren landscapes, the dizzying roving camera (reminiscent of 2001: A Space Odyssey) during space sequences and the intricate textures provide for a spectacular visual experience. The visual style fits in seamlessly with the mood of the game. You feel you are tiny being in a vast, unsettling space. The Swapper can be very colorful but never feels uneven; it remains subdued and bleak despite its vibrant palette.

The Swapper is an unnerving space adventure with some interesting questions and some beautiful graphics that make for some compelling narrative choices.

What do you think about The Swapper? Tell me in the comments or tweet @gamebloggirl!